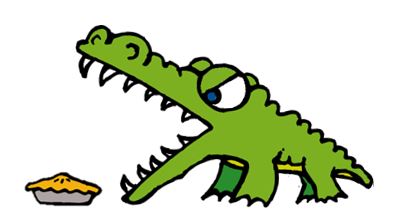 Special thanks to Slicing Pie-friendly attorney Matt Rossetti for legal guidance on this post.

The answer is simple: no, but keep reading. Slicing Pie should help prevent claims.

There are more than twenty federal laws that regulate employer-employee relationships. Federal, state, and sometimes local law mandates an employer’s minimum wage. On the federal level, the Fair Labor Standards Act (“FLSA”) mandates a minimum wage of $7.25 (as of the date of this post) for employees of covered employers.

Given that your startup is probably considered a covered employer, the next thing that you must determine is whether founders and early contributors are indeed employees. Under the law, most startup founders and early contributors will be classified as employees or independent contractors. If, for example, founders choose to organize their business as a C-Corporation, then the founders are corporate officers and corporate officers are employees according to the Internal Revenue Service. Even if a founder is not an officer, the founder may be considered an employee under applicable state and local law. Some folks, however, (like the graphic artist you hire to make a logo) may be considered independent contractors.

It would be difficult, if not impossible, to claim that your entire company is made up of purely independent contractors. All companies have employees. The difference between an employee and independent contractor can be nuanced but think of it this overly-simplistic way: if the person’s contribution has a strategic impact on the business or is directly managed by someone who has a strategic impact, that person may very well qualify as an employee and, thus, is subject to minimum wage laws.

Unfortunately, providing equity grants or slices in the Pie in lieu of cash payments won’t get you off the hook.

What Can Happen if You Do Not Pay Minimum Wage:

In some jurisdictions, the employee may sue the company and the company’s officers and agents personally for twice the amount of unlawfully withheld wages. Note that wage claims are initiated by employees (with some exceptions).

It is extremely rare for a venture’s majority stakeholder to file a wage claim against their own venture. Wage claims occur most often when minority stakeholders are forced out of a venture for any reason or no reason at all. These claims are filed because employees and stakeholders believe that they were treated unfairly.

Using the Slicing Pie model will not protect you from wage claims, but it will probably reduce the likelihood that one is brought against you. This is because the separation logic in Slicing Pie is abundantly clear so in the event of separation, participants are less likely to feel they were treated unfairly and they will better understand that even though the law grants them right to make a claim, that does not mean that it is fair to do so. If the Slicing Pie model is implemented correctly, there will not be any case where a wage claim is fair.

Starting a business is an inherently risky endeavor. Many founders see themselves as the exception to laws, rules, and regulations. I speak to many founders who believe it is fair to distribute their risk to contractors, employees, family, friends, and even their legal counsel. This is not a prudent course of action. While equity compensation is useful for businesses to use as a tool to incentivize employee performance, it is not a substitute for paying employees a minimum wage and it is not a tool for founders to distribute their risk in starting a venture to their cofounders or third parties.

Remember, not adhering to laws, rules, and regulations exactly as promulgated is always a risk. However, there are many ways to mitigate your venture’s risk of a wage claim. If your venture has not already engaged competent legal counsel to help you navigate these issues, schedule a free consultation with Matt Rossetti now.