Doing Right by the Environment and His Partners - Slicing Pie

Doing Right by the Environment and His Partners 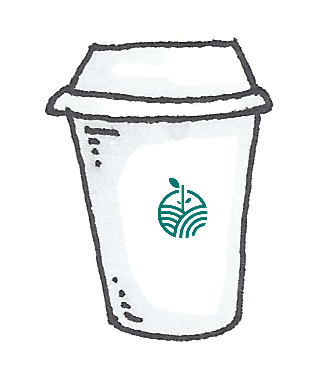 Taking a break from his technology career, Robbie Maltby spent a year traveling through Central America talking to entreprenuers. “I’d been practicing mindfulness with a local group for some years before this and had gotten quite involved in the sustainable living scene so the plan was to visit as many ecovillages as possible to see if I could learn something to take home.”

Many of the entreprenuers he met were digital nomads with the freedom to choose their workday and location. Robbie wanted to capture some of this freedom for himself and focus on helping to regenerate the environment. He reached out to his network and formed a team of freelancers to start Pure Earth, a company that would produce cool products made from sustainable materials. A portion of each sale would put directly to work on projects to help the environment.

In 2020 the company launched their first product, the Pure Cup, a reusable coffee cup with an environmentally friendly story. “The cup is made with rice husks, a natural agricultural bi-product normally burned after harvest,” he explained, “additionally, Pure Earth is committed to planting one tree for each item sold. Most products like this have a negative impact on the environment. With carbon offsets companies can neutralize the impact, but the idea with Pure Earth is that each product has a net-positive environmental impact.”

Robbie knew that a project like this required a dedicated team who valued ownership in the company, but he also knew the dangers of unclear partnerships, having experienced them in previous roles where he saw just how much of a drain they could have on staff morale. Years before, he had heard of the Slicing Pie model and had a chance to participate in a Slicing Pie company, NuMundo. “It was a clear choice for Pure Earth. Not only was it the most logical startup equity model I’d heard of, but the time tracking element seriously improved my time management skills and the way I work. Plus, it was all written out and included handouts and formulas, so I basically didn’t even have to think of how to compensate new recruits!”

The Slicing Pie model, used by bootstrapped startups all over the world, divides up equity based on the relative fair market value of each person’s contribution in terms of unpaid compensation or unreimbursed expenses. Mike Moyer, inventor of the Slicing Pie model and the author of The Slicing Pie Handbook explained, “unpaid contributions are essentially ‘bets’ on the company’s future profits or capital gains. Each person’s share of the equity is based on each person’s share of the bets. It always creates a fair split because it’s based on easily observable facts instead of unknowable predictions of future events which is the basis of other equity split models.”

Pure Earth is working on new products to release under this same mission of having a net-positive benefit to the environment. “Our focus is on kitchen and housewares, but we are open to ideas,” said Robbie. If you have an idea for Pure Earth contact Robbie at robbie@pureearth.eco. Maybe you, too, can get a slice of the Pure Earth Pie!