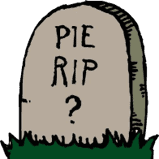 It happens—a lot. Companies fail and fail. The 90% number you hear all the time a myth, however. The actual failure rate hovers around 50% (which is one of the reasons Slicing Pie uses a 2x normalizer for non-cash contributions). If you’re in that 50% that fails, it 100% sucks. I know, I’ve been there.

While I can’t say if Slicing Pie companies succeed more often than those with “fix & fight” equity splits, a Slicing Pie company is likely to spend less cash before they fail and, because they are keeping track of what they are doing, they will have more insight into what went wrong.

If and when you do fail, the Slicing Pie model still plays a role. Here is what you do to unwind the company in a fair way:

The first thing you’ll want to do is to liquidate any assets the company owns. Many bootstrapped companies have nothing, but if you do, try to generate as much cash as you can. If you have something you may want to use for a future venture. Set it aside for now.

If there is remaining cash, pay off any loans or outstanding invoices. If there is not enough cash to pay all the bills, the unpaid portion of the bill goes into the Pie as slices. This means you will be adding Grunts to the Pie whether the creditor or vendor wants it or not. Unless you signed a personal guarantee, they can’t collect from you. If you did sign a personal guarantee, you will have to pay them off and add slices to the Pie.

Any cash remaining in the Well should be returned to its owner(s) in proportion to the ownership at the time of closure. This will not affect the Pie.

If you still have leftover cash, pay back any cash in proportion to each person’s cash contribution using Lump-Sum Payments. This means each person’s slices will decrease based on what they are paid back.

If you still have leftover cash, pay back any non-cash in proportion to each person’s ownership of the Pie using Lump-Sum Payments. This means each person’s slices will decrease based on what they are paid back. You can also return assets, like supplies and equipment, to the people who contributed them as non-cash contributions.

Now, if you made it this far, you will be left with two scenarios. The first is that you were able to pay everyone in full and have no slices left in the Pie with leftover cash. This means that nobody has any outstanding risk which puts everyone on an equal footing. A Pie with no slices is owned equally by the participants.

The second possible scenario is that you have no more cash and participants still have slices in the Pie.

Now that the equity is fixed, the defunct entity may still have some options. For instance, it could license or sell the intellectual property including trademarks, patents, copyrights and trade secrets to other companies. (This would even apply to companies started by team members who might start a new Pie based on the original idea.)

If the company owned other assets like building, supplies, equipment, customer lists, etc. It could sell or lease them to other companies.

Proceeds of these activities would be used to first pay for the expenses and salaries related to execution, and then distributed to shareholders for as long as the activities are productive.

If all the cash and assets have been disposed of, the last step is to formally close the business. Closing the business means you must legally end your corporation with the government which usually carries a fee or even a few hours of a lawyer’s time. If the company has no cash whatsoever, someone is going to personally pay the expense. It’s usually not much, so hopefully you can all chip in to pay this expense!