The 3.5 Types of Startup Investors Explained

The 3.5 Types of Startup Investors 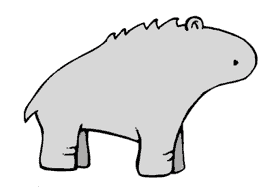 There are basically three types of investors with one type kind of in-between.

The first type are those who are willing to work without current compensation. These are generally team members or other active participants who forgo salary and reimbursement of expenses in exchange for slices in the Pie that will eventually become equity in the business. These are the “Grunts” in Slicing Pie and they allow the startup to finance itself by simply not using cash.

Grunts also have the option of investing cash into “The Well” which is a pool of cash that the company has access to on an as-needed basis. The cash in the Well does not contribute slices to the Pie until it is spent at which point the Well allocates slices in proportion to each person’s ownership of the Well money. This allows the company to pay expenses from a company account which can be cleaner and more convenient for accounting and tax purposes.

The second type of investor are people not participating in the business who invest their own money in amounts that are too small to fully fund the operation’s salaries and expenses. These people are called “Angels” and my consist of friends or family and other small investors. The current state-of-the-art tool for accepting their money is a convertible note, SAFE or other similar contract. The idea is the company cannot and should not negotiate a value at such an early stage in the company’s lifecycle. Doing so would cause a number of problems including possible tax issues for Grunts who later receive shares when the Pie bakes.

Because the funding during the Angel round(s) is not adequate to cover salaries and expenses the Pie continues to accumulate slices in lieu of current compensation. The Angel round is not part of the Pie although it does provide cash that would otherwise be provided by Grunts so there will be fewer slices accumulated. Angel rounds are good if the company needs resources from sources who are unwilling or unable to participate in the Pie.

Two and a Half: Angels who Become Grunts

Angels can also provide non-equity financing in the form of loans which must get paid back with interest. However, when using Slicing Pie founders can offer slices in lieu of skipped payments on the loan. This gives the investor the added security of a payable note, but with the flexibility to participate in the Pie if the company can make better use of the funds or is unable to pay.

This kind of “Slicing Pie Loan” may or may not be tied to personal collateral. It depends on the terms of the deal. If the investor accepts an allocation of slices for a skipped payment he or she is accepting the inherent risk of the startup and it would not be fair to try to recover unpaid amounts if the company fails. If the loan is secured with personal assets the investor can pursue payments in the event the company closes.

In some cases, an Angel might agree to invest directly in the Pie by covering expenses for the company, but not actively participate in the operations. I think it is better to use a convertible note, but your options may be limited. Unless the investor is paying bills on behalf of the company (not recommended), the Well can be used to take the investor’s cash into the company and convert it to slices alongside the other participants. It would not be fair to give a preference to one person’s cash over another. “Gaming” the logic of Slicing Pie could lead to termination for cause.

A Grunt who is only investing should be treated as any other participant and subject to the recovery logic in Slicing Pie. Investing is the person’s job. The team should set expectations with regard to how much the investor will invest and how it will be invested. If, for example, the investor commits to $60,000 over six months payable in chunks of $10,000 per month. If he or she fails to provide the funds in a timely manner they may be providing grounds for termination for good reason or resignation without good cause and lose their rights to later equity allocations.

The last type of investor is a professional investor who invests other people’s money in amounts that are large enough to fully fund operations in the foreseeable future. These people are called Venture Capitalists or Super Angels and they usually have the deal making experience to negotiate a logical valuation and price for the shares.

Because the VC round, or “Series A” rounds sets a price for the shares the conversion feature of the Angel’s convertible notes or SAFEs would convert to equity using the same terms as the Series A investors subject to the specific terms of the note which may include a valuation cap or discount on the purchase price.

The Pie usually bakes with the Series A investment because participants are no longer putting their salaries and expenses at risk. Equity would be issued to Grunts subject to the terms of the Series A round which often includes reverse vesting which means you have to immediately give up all your shares and get them back over time as they vest. Time-based vesting is a good retention tool and is appropriate at this stage. Time-based vesting is not appropriate or fair during the bootstrapping stage when Slicing Pie is being used.

If the company reaches a breakeven point without the assistance of a Series A round of investment it will have to settle up with the Angel investors who have convertible notes. If this scenario is not outlined in the terms of the note the disposition of the notes will have to be negotiated. There are a variety of options including paying the note off or securing an independent 409(a) valuation and converting the note at the valuation price.

In a Slicing Pie company, the deal you strike with investors depends on their relationship with the company and the amounts of their investments. Participants in the business are investing their time and unreimbursed expenses in exchange for slices in the Pie as Grunts. Small investors are Angels and should get a convertible note so as to avoid setting a premature valuation. Professional investors who provide substantial funding can negotiate a priced round.