“That’s an interesting approach,” thought Josh Rosenthal after attending a Slicing Pie seminar at a tech conference. Several years later, the model popped back into his head and allowed him to form a successful partnership with a complete stranger.

“I saw a post on Reddit from a guy who needed help developing an interesting technology,” Josh recalled, “we exchanged a few emails before deciding to work together and use the Slicing Pie model for our equity split.”

Both founders, Josh and Matt, worked part time to develop and market the application, an automated security and configuration monitoring tool for Amazon Web Services (AWS). Matt handled the technology side and Josh took charge of sales and customer success. “We agreed that implementation was more important than the idea alone,” Josh recalled, “we both understood the technology, but had complementary skills. Using Slicing Pie allowed us to work together without worrying about whether we would get our fair share.”

After launching, the team was able to devote more time to the project and had enough revenue to pay other contributors. With cash coming in, they baked their Pie and are now moving forward full-force with their startup, CloudSploit. Josh explained, “We started as an open-source project on GitHub and focused on creating a repository of cloud-security best practices. This attracted DevSecOps experts from around the world. It was a big help and we want to give back to the community by making our offering affordable to everyone who wants to keep their accounts safe. CloudSploit helps to keep customers’ Amazon Web Services (AWS) accounts secure. We run a battery of tests on your account’s configuration, and alert you if something is not following best practices. The program looks only at meta-data, so your contents stay secure. One difference between us and the competition is that we reveal all the tests and the results. It’s the same way you would appreciate your doctor telling you the details of the tests they are going to run to check your health instead of saying ‘I won’t tell you what I’m going to do but I’ll let you know if you are sick.’” 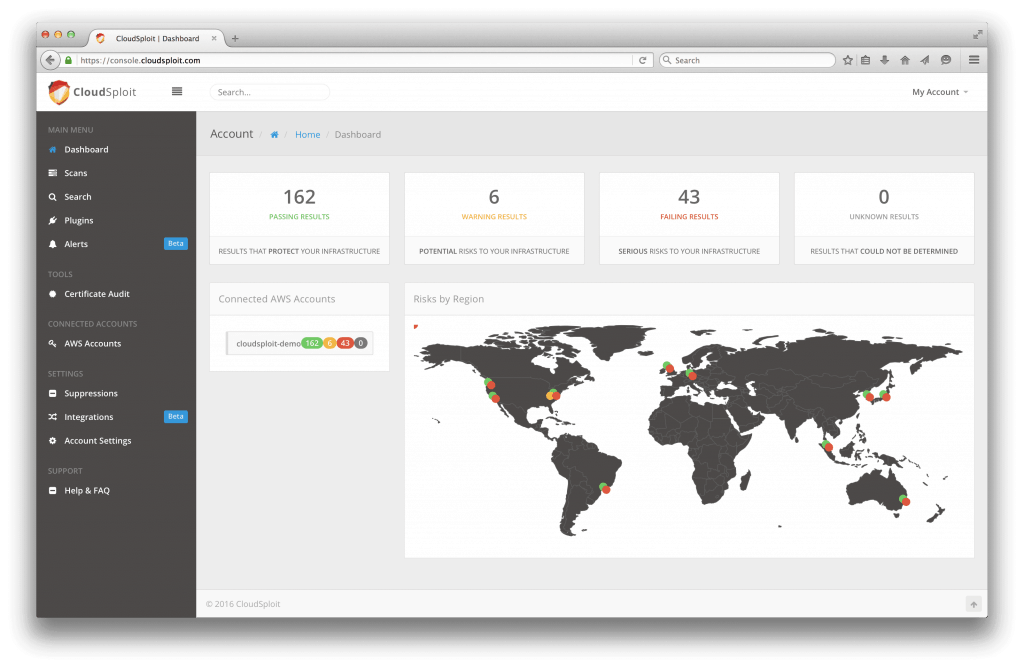 With the service up and running, the CloudSploit team is focused on growth. “Without the Slicing Pie model this probably wouldn’t have happened. It would have been too hard to come to an equity agreement because we didn’t know each other. Slicing Pie took away the risk,” said Josh.

Click here to get a 4-month subscription to CloudSploit using the coupon code SLICINGPIE. Extended subscriptions and upgrades available to companies who practice good karma, like CloudSploit, just reach out to Josh and let him know!